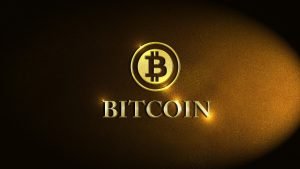 Bitcoin remains an extremely volatile asset, but in some ways it’s beginning to seem as if it’s stabilized, at least in America. That’s not to say the price isn’t moving (and of course the price moves on a global basis). Rather, it’s just that U.S. regulations have held steady at basically non-existent, U.S. merchants have come on board to the extent that any kind of sweeping adoption to come seems unlikely, and more and more people are getting a handle on cryptocurrency. If not the price, the environment surrounding bitcoin appears finally to have established itself.

Nevertheless, the hopes of many who are interested in bitcoin are that it can continue to grow in major markets like the U.S. So, based largely on speculation, we’ve taken a look at some of the areas in which the world’s leading cryptocurrency could still grow more prominent and significant in the States.

One of the fascinating things about bitcoin getting as big as it’s gotten to this point is that it can’t really advertise (and doesn’t). The rise of cryptocurrency has occurred largely via word of mouth – or at least word of type, online. An exchange, however, is a different story, and at this point it seems like a matter of time before some of these companies start advertising widely. Top crypto exchanges like Coinbase, CoinMama, and GDAX already have significant name recognition. Now, imagine that one of them starts putting up billboards in New York City, or gets stitched onto the shoulder of an NBA team jersey (as is beginning to happen to advertisers). This would theoretically increase activity, and by extension, interest in bitcoin.

One of the biggest coming developments in the consumer economy of the U.S. is the legalization of sports betting. On a national level, the courts have already decided that sports betting is not illegal, and now many, if not most states are working on official legalization. Already there’s a plethora of established sites for betting on sports and other events, active in the UK and elsewhere and in all likelihood ready to expand to the U.S. And in some cases in betting, as well as online casinos, cryptocurrency is already in use. Should bitcoin become a preferred method for sports betting in the U.S., it will represent one of the larger opportunities to use it as currency, which would increase demand.

Putting things bluntly, America loves a wealthy celebrity – even if those celebrities are more or less famous for being wealthy in the first place. From Kim Kardashian to Mark Cuban, there’s are a lot of people Americans follow and even adore who are rich and famous for being rich and famous. In Cuban’s case, investment is already a big part of his persona. So what might happen the first time a “bitcoin billionaire” becomes a public figure? It’s bound to happen at some point (it could have been the Winklevoss twins, but they’re rather quiet about their investments these days). And when there’s a famous success story who indirectly represents bitcoin, it’s likely that many others will start buying in.

Above, we noted that we’ve probably passed the point at which there will be any grand, sweeping adoption of bitcoin by online or in-person merchants. That said, retailer adoption of bitcoin is still growing in the U.S., even if it’s not doing so in a particularly newsworthy manner. But retail adoption doesn’t have to be dramatic, so much as steady. So long as this keeps happening, bitcoin will have at least moderate growth potential in the U.S.

Who we share your data with. 3 replies on “search marketing strategies for michigan businesses”. Statistics.